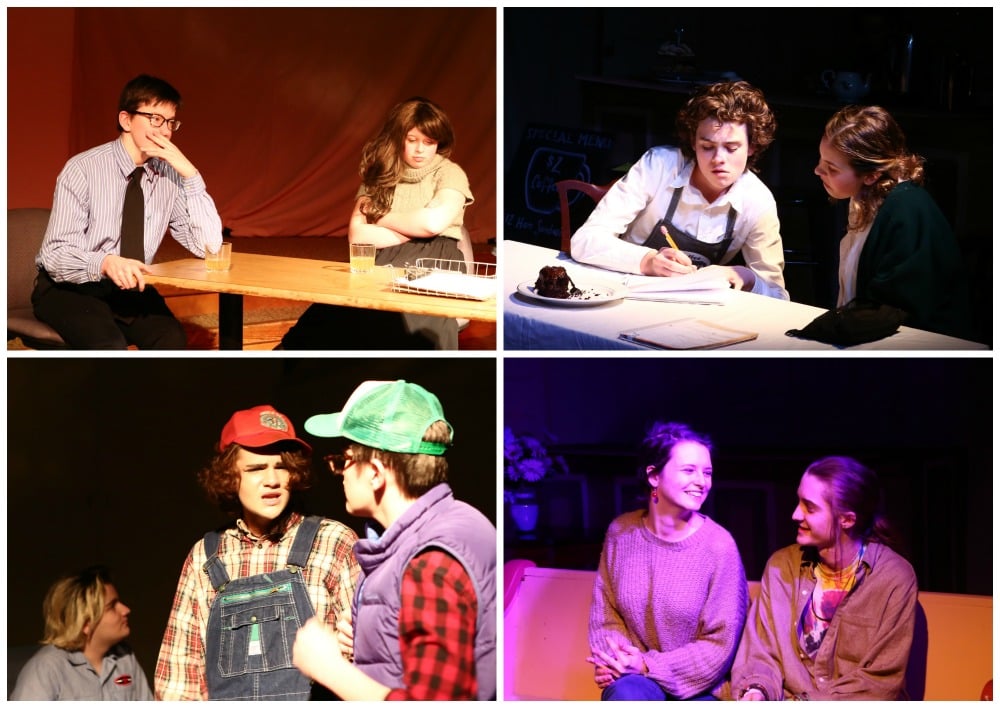 On February 20th and 21st Rock Point School students performed the plays they have been working on for the past few months. The process began with playwriting workshops run by a professional playwright with the Vermont Young Playwright's Project. Four students, Yukiko (10th grade), Val (10th grande), Jeff (10th grade), and Jesse (12th grade), continued to edit and develop their plays for production.

The plays ranged from funny to tragic to searing political commentary.

We are incredibly proud of the playwrights (who also acted), actors, and crew who brought these plays to life.