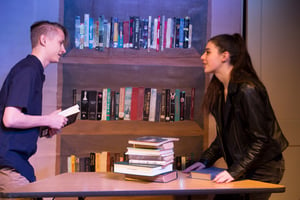 Our students also produce the plays they have written for performance: acting, directing, building sets, making costumes, and running lights. This year, the students will perform four of these original One-Act Plays!

Where: The Rock Point School Library.

Join us for a fun night of original entertainment!