on March 28, 2022 By Molly Huddle Coffey | News Feed
Thanks to everyone who came out for our Maple 5k Run this weekend! The morning of the race was chilly, but dry - perfect weather for a race. With over 40 racers of all ages, the competition was fun and positive. We were very impressed with the race winner, Nick Kidder, who finished in 19:34!
Read - Maple 5k Raises Funds for Ukraine 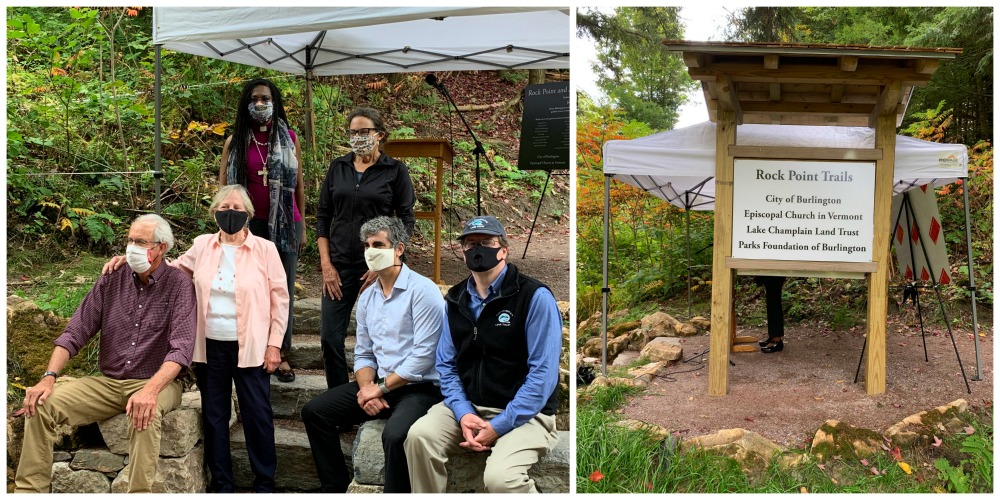 on September 30, 2020 By Molly Huddle Coffey | News Feed
We are excited to share that the Rock Point Trails Plan to restore and upgrade the walking paths on the Rock Point peninsula is finished! The plan included construction and improvements on many trails, including popular trails to Sunset Cliff, The Point, and Eagle Bay. Timber and Stone, LLC completed the trail work, adding wooden boardwalks and stone steps, and widening gravel paths. These improvements will make the trails more accessible, preserve the land from erosion, and protect local plant species. Additionally, they added more signs to guide public access.
Read - Newly Restored Trails at Rock Point 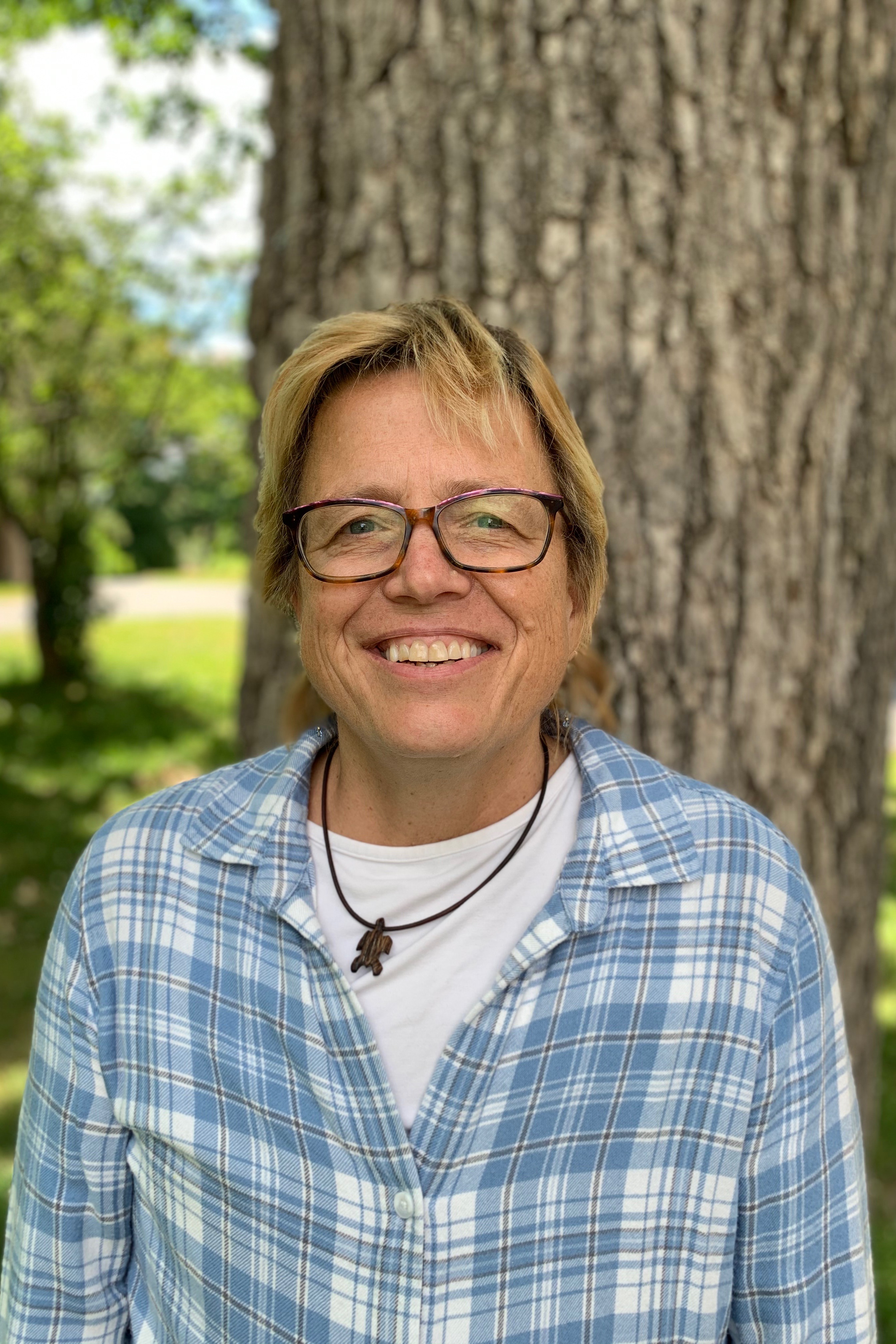 on June 30, 2020 By Molly Huddle Coffey | News Feed community
Our beloved Mo Reilly, former Director of Community Development, has moved to the countryside of Eastern Vermont to be with her partner full time! We already miss her great sense of humor and excellent organizational skills. Mo helped implement and update many systems, such as our student information software and donor database, which will help Rock Point School thrive in the future.
Read - Introducing Our New Office and Systems Manager 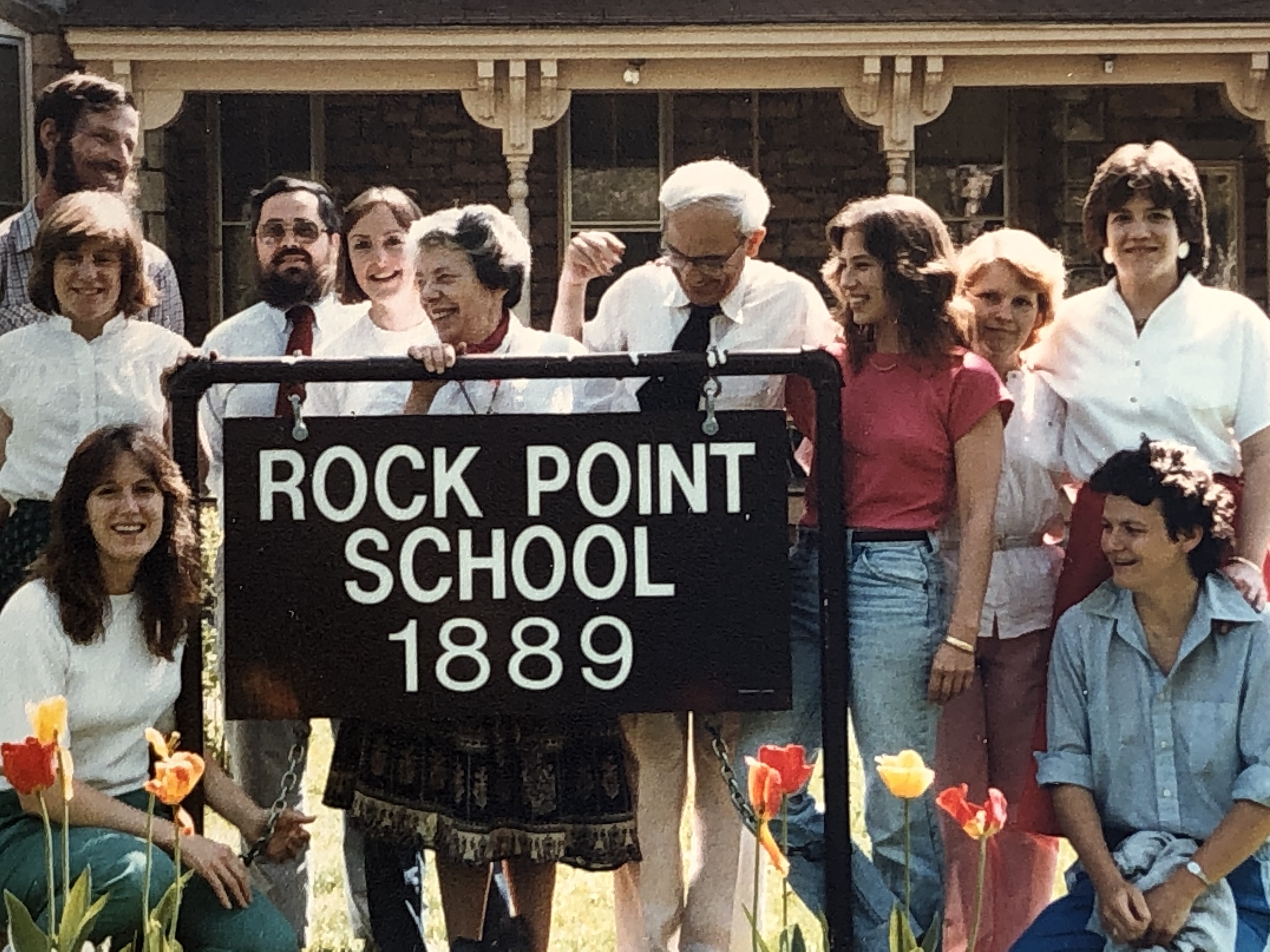 on June 22, 2020 By Molly Huddle Coffey | News Feed
“I remember all of it. I take it all with me in my life ... I was remade because of RPS.” - Lou Laramy, class of 1983 On Saturday, June 13, over fifty members of the Rock Point School community came together on Zoom to share memories, tell stories, and catch up with each other. The afternoon began with C.J. Spirito, current Head of School, sharing highlights from his 40 years at Rock Point, first as a dorm counselor, then as Dean, and finally as head of school. Russ Ellis (Headmaster 1969-1992) also spoke about his time as Head, followed by John Rouleau (Teacher 1971-1992, Headmaster 1992-2011). Ryan Weiland, Dean of School, spoke about her memories as a Residential Educator in the early 2000’s and how they inform her work as the Dean today. Lonnie Edson, our longtime Office Administrator, also shared her favorite memories from working in the front office for over 40 years.
Read - Sharing Memories at Reunion 2020

on June 16, 2020 By Molly Huddle Coffey | News Feed summer COVID-19
We are excited to launch our Remote Summer Session next week! The remote summer program will run from July 6 to August 13, half days, Mondays through Thursdays. We will have morning meetings, time to connect socially, academic classes for credit recovery, study halls, and time with an advisor. In addition, there will be weekly Enrichment Classes focusing on art, nature, and fun games. New students will get a taste of the best of Rock Point School.
Read - Remote Summer Session, Fall on Campus 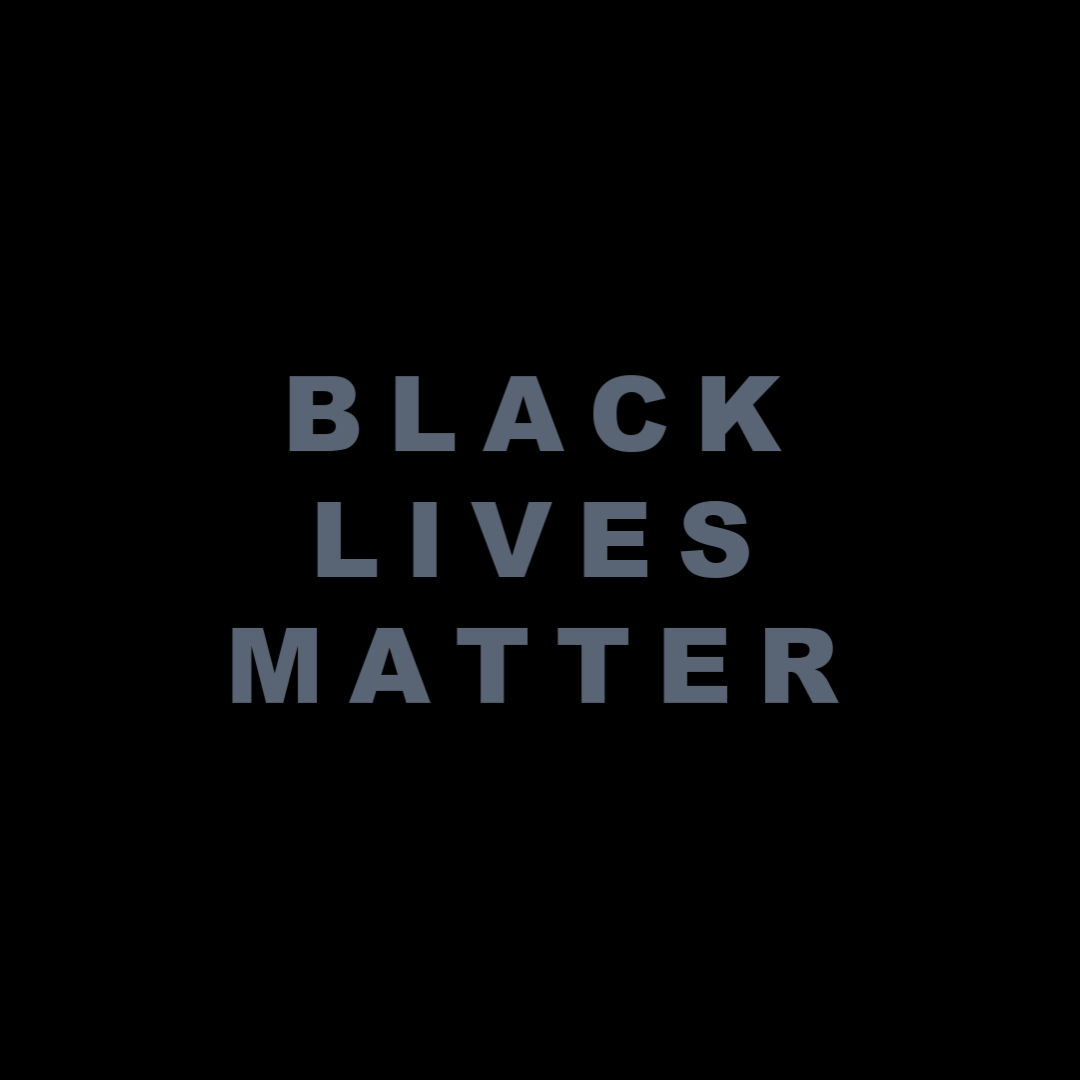 on June 3, 2020 By Molly Huddle Coffey | News Feed
The Rock Point School staff is sad, angry, scared, and frustrated over the recent killings of George Floyd, Breonna Taylor, and Ahmaud Arbery. Our hearts are with the families and communities of these victims as they grieve for their loved ones. We believe Black Lives Matter. We know that these killings are only the most recent visible examples of a history of racism in our country, and the racism that continues to permeate our culture is unacceptable. We are committed to working against racism and creating positive change in our school, in our community, and in our country. We encourage everyone to use their right to vote, protest safely, and raise their voices to demand justice, freedom, and peace.
Read - Statement on Recent Protests Against Police Violence 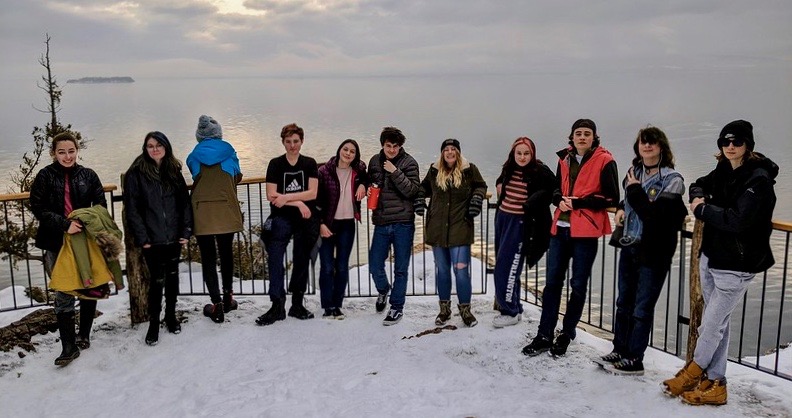 on March 30, 2020 By Molly Huddle Coffey | News Feed Therapeutic high school transitions academics COVID-19
Like most schools, Rock Point School has temporarily suspended our on-campus activities due to COVID-19. As we made arrangements with families to get students home safely, we also started to make plans with our staff about how we could best support our students and their families at this uncertain time. While we know it is necessary to be physically distant at this time, we also know it is crucially important to stay deeply connected to our community.
Read - Physically Distant, Still Deeply Connected 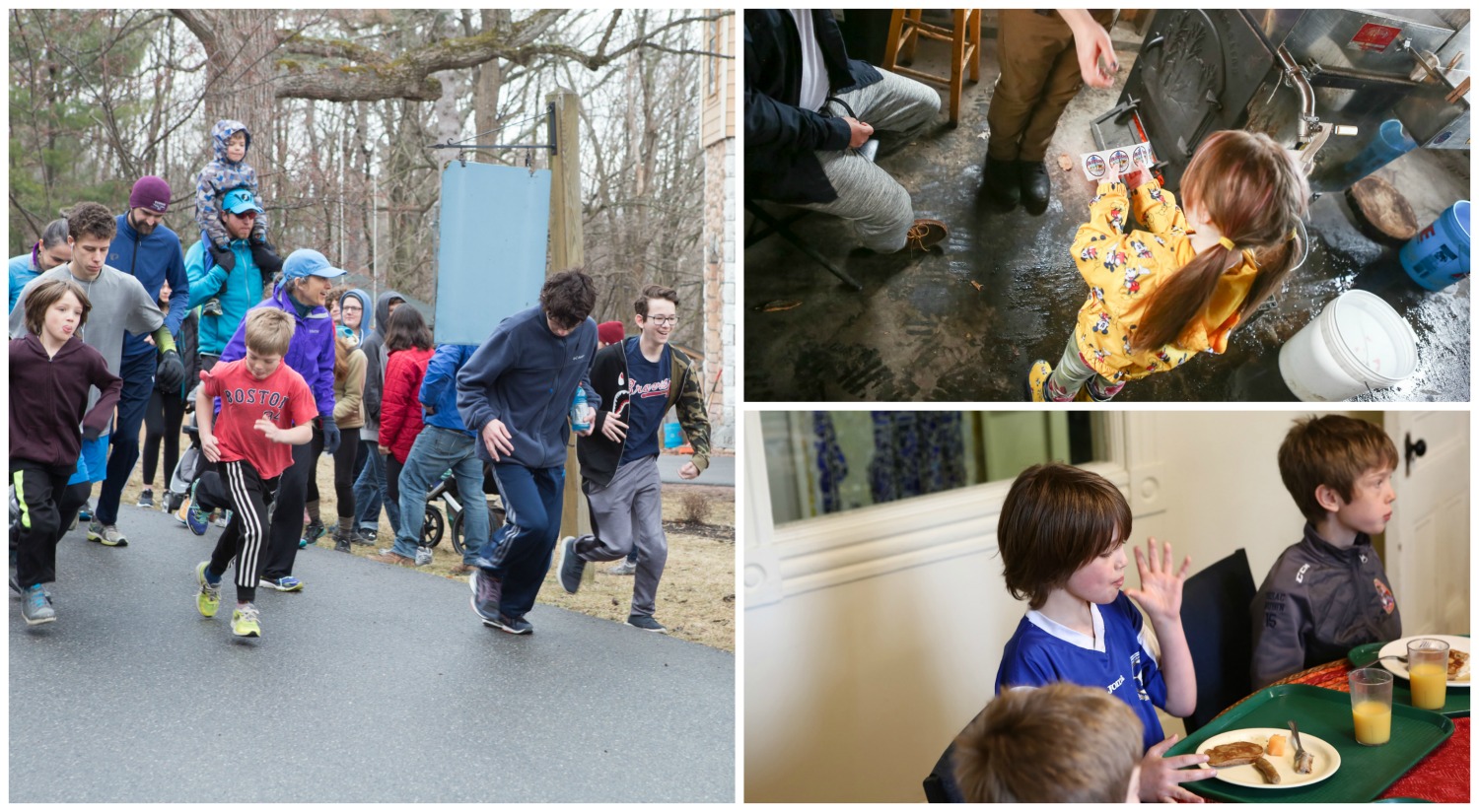 on January 16, 2020 By Molly Huddle Coffey | News Feed Open & Inclusive high school public event
You're invited to the Rock Point School Open House on Thursday January 23rd, 5 p.m. - 7 p.m. Learn about our rich art program, dorm adventures, and our nurturing approach to academics. During this event you can: Tour our school  Meet teachers, residential staff, and students Discover how you can fit in and stand out at Rock Point School Eat snacks! Activities will be available for younger kids
Read - Open House Thursday January, 23rd 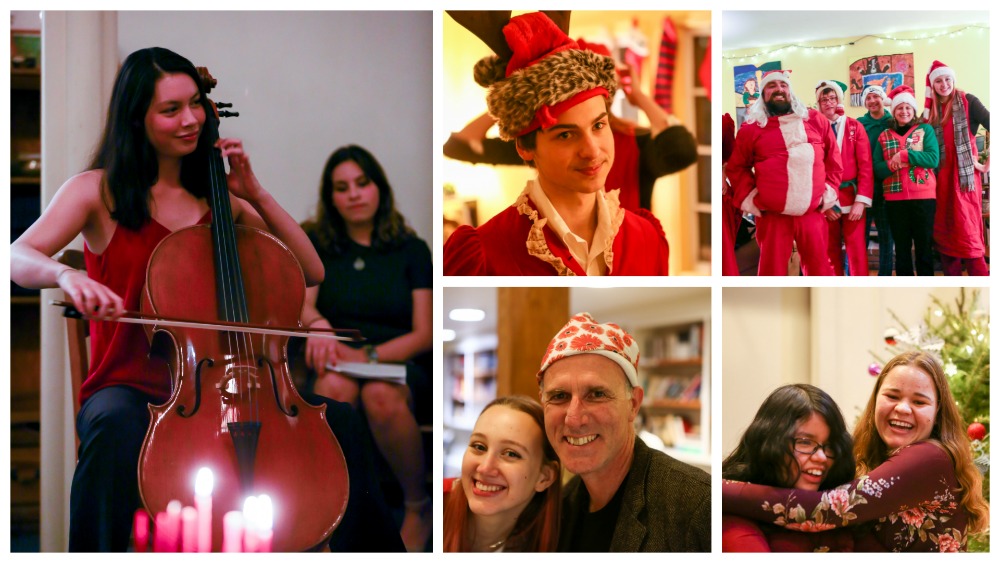