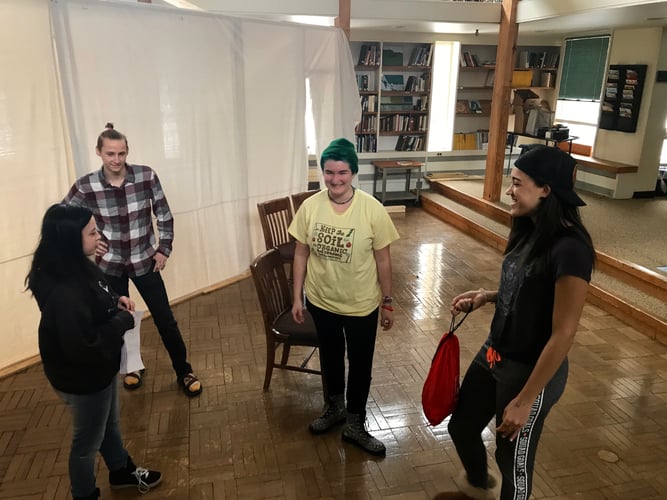 Our students are hard at work getting ready for our drama performance on February 22 at 6 p.m. Earlier this winter, students began writing plays in workshops with the Vermont Young Playwrights' Project. Some students continued editing and developing their plays so that they could be performed this month.
Each student at Rock Point is involved in the production in some way, either as a writer, director, performer, set builder, costume designer, or crew member. Some enthusiastic students are taking part in multiple aspects of the production! The one-act plays range from the fantastical to the funny to the serious, and we can't wait to see the finished products.
All plays are around 10 minutes and here are the selections:

Please join us on February 22nd for a night of drama, creativity, and laughter!