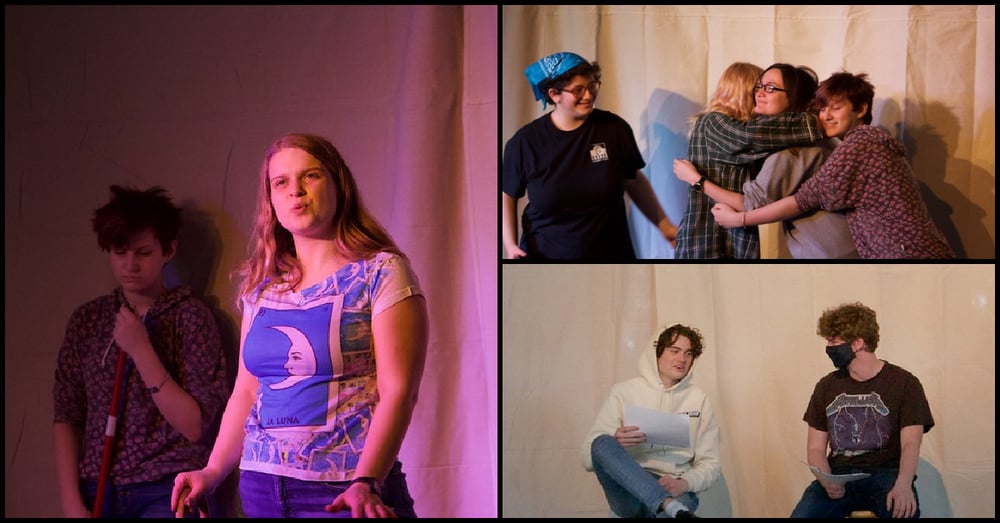 In the fall, several students participated in a playwriting elective with the hope of creating an original 10-minute one-act play. When everyone returned from our winter recess, students came together to produce and perform "The Album" by Roxanne (grade 11) and "All These Weeks" by Ruby (grade 12). "The Album" is composed of a series of monologues in which three people share memories of their own version of a man who’s passed away. In "All These Weeks," four friends in a high school get caught in gossip and misunderstanding and have to decide whether they will reconcile.

Students also performed two professionally written plays; first, a selection of readings from "Twilight: Los Angeles" by Anna Deveare Smith, a theater piece about the 1991 Rodney King beating, the violent reaction to the 1992 verdict, and the lasting impact of the L.A. riots on America's conscience. This piece was especially resonant with students, given how it connects to current events. The second short play, “My Name is Leslie,” by Larry Blamire, gave students a chance to work on their comic timing in a scene about the dire circumstances three customers face when a server simply will not take their order.

Finally, Amaris (grade 12), a passionate Shakespearean, practiced and performed a monologue from Much Ado About Nothing.

We are excited to present these performances during a Zoom watch party on April 9th at 6 p.m. Attendees will be able to see the full recording of the plays and participate in a Q & A with the playwrights and actors.

Mark your calendars and RSVP below for the Zoom link!