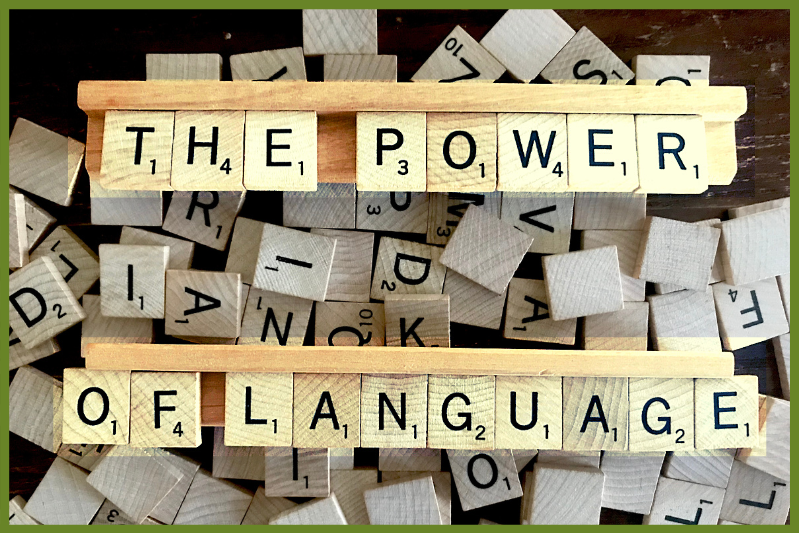 Language, who cares it is just words! “Sticks and stones will break my bones, but words will never hurt me.”

Each school year, as we get to know each other, it becomes clear that we all have had unique experiences in the world. As individuals, we have built our beliefs and our understanding of the world around us. We have discovered that words have different connotations to different individuals. But we may not yet have learned about the power of language to tear down or build a welcoming and inclusive community.

What is an inclusive community?

A welcoming and inclusive community is a community where its members feel safe, respected, and comfortable in being themselves and expressing all aspects of their identities. It means that community members strive to understand and appreciate cultural differences and diverse perspectives.

In our weekly Community Meeting early in the school year, we begin a conversation about “language” in order to find some common ground. As the Dean and the supervisor for this meeting, I bring up “our language.” If you continue to be someone who can stomach the news, current affairs usually offer ready examples.

Last fall, the President was being asked to look at his word choice after stating that the Impeachment Inquiries “are a lynching.” I asked students to think about this statement and to share what it meant to them.

Students gasped when I wrote it on the board and they described images of African American people being tortured and “hung”, mobs of enslaved people being killed. One student said that it had an “early 20th-century connotation.” All of the students were surprised to hear that both Trump and Biden (years ago) had said these words to describe what was happening to them.

How does this tie into to our little community? The students made that connection quickly as I wrote words that were being used in our community that seemed to mean different things to different people.

One student expressed that at home with his group of friends, they use the word “bitch” commonly with no thought as to whether that word could be taken out of the context that they were intending or have any other meaning.

Multiple students spoke about how they see the word “bitch” — a woman, overly assertive, weak. When males use it, they are expressing that the male is like a woman, and that is intended to be a put-down. One young woman expressed that when hearing about domestic violence of a male to a female (or seeing it in movies), “bitch” is used as a precursor to physical violence.

There were three intentions of this rich discussion:

Our students come from the east to the west coast of the U.S., and Japan too, from the city, to the farmlands and the suburbs. We all offer something new to this bigger conversation. A common ground is what we are striving for. In this small yet powerful community at Rock Point School, can the conversation begin and grow momentum?

My hope, as an eternal optimist, is that each of us will take this rich issue with us as we interact with the larger world. It is not easy to speak up or understand another person’s intention but if we continue to wonder and ask ourselves the question, we just may help others to do the same.

Ryan Weiland has been Dean of Students at Rock Point School since 2011. Outside of RPS, Ryan enjoys skiing, playing and watching sports, listening to live music and being outside.